How to Read a Baby Ultrasound 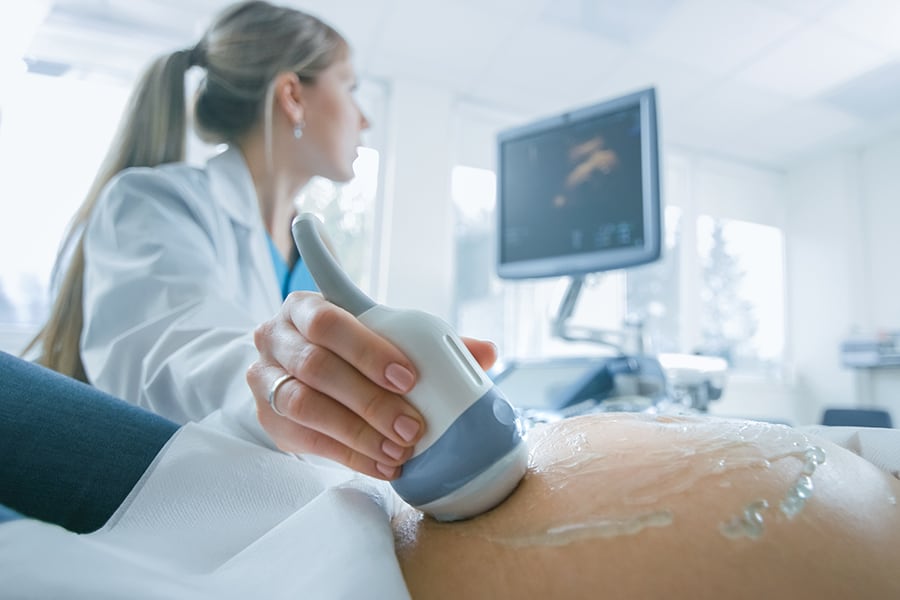 Modern technology has allowed people to do what seems to be impossible hundreds of years ago. For example, who would have thought that one would be able to “see” one’s baby before it is delivered at birth?

Ultrasound technology has allowed this to happen. Ever since its introduction to the field of medicine as a diagnostic tool after the Second World War, it has been used countless times to provide images of pre-born babies.

How Does an Ultrasound Work?

Before we discuss ways on how to read an ultrasound, it is important to understand the underlying principles of the technology. Ultrasound, as the name implies, uses sound waves to generate images of objects inside the body.

It is primarily used for diagnosis such as searching for causes of body pain or swelling and tracking if there are infected body organs. It is also commonly used to examine pre-born babies in pregnant women. Unlike other noninvasive methods, ultrasound does not use ionizing radiation such as those present in x-rays.

The best part is that ultrasound is generally safe and also pain-free as there is no cutting and opening of the body involved. Purely sound waves are utilized. A gel is placed on the skin, then a small probe (transducer) is used to generate high-frequency sound (usually 10 MHz and higher) that will travel to the body.

The same probe collects the sounds that bounce back after hitting body parts. These “reflections” are used by an attached computer to generate an ultrasound image in real-time. Think of how bats navigate their way in the dark.

Reading an Ultrasound, Is it Easy?

Usually, expectant parents get an ultrasound to know the sex of their child. At seven weeks, it is possible to get a baby ultrasound; however, it is unlikely that the sex of the baby can be determined. A more general ultrasound is typically done between 18 and 20 weeks. Some do their ultrasound at 12 weeks in order to estimate their due date.

In cases of illness, an ultrasound may be done for diagnostic purposes. In more extreme cases, mothers with a history of birth defects are also advised to have an ultrasound taken along with other prenatal tests.

In reading pregnancy ultrasound images, finding one’s womb is the most important bit. It is a vital first step in reading images. One can locate the uterus by looking for a light gray or white line along the exterior of the image. 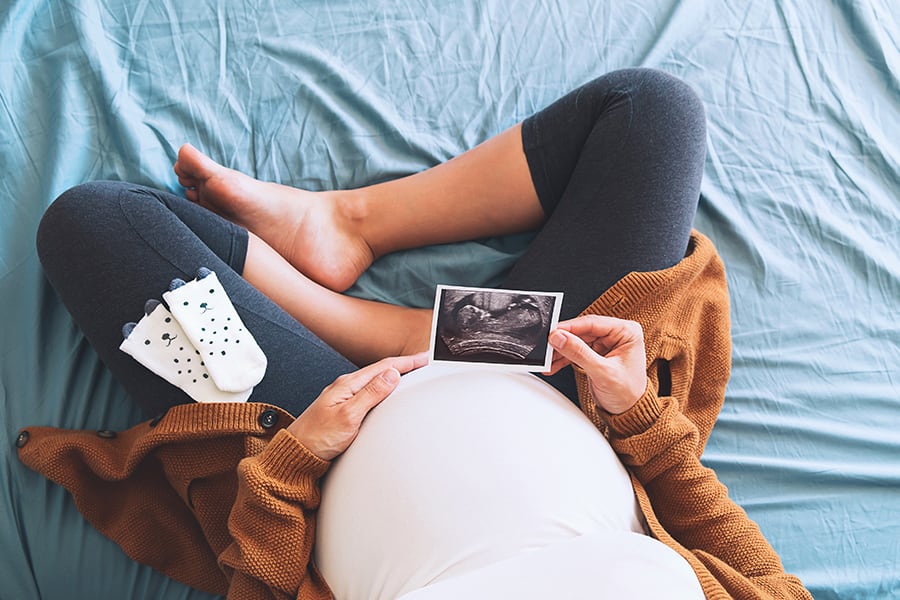 Within these lines, the large black area would be the amniotic fluid. These tips are for general cases. There might be some differences in the images one is examining as some ultrasound procedures do not deliberately cover the entire womb. The image is highly dependent on how the probe was positioned by the operator of the ultrasound who could have been way too excited as well for the baby.

The baby will look grey or white on the image, and it will be surrounded by amniotic fluid which would appear as a dark area as discussed earlier. How detailed the image would be depends on the trimester when the ultrasound is taken. If the mother has an ultrasound at 8 weeks, the fetus will appear on the image.

Its size, however, will be comparable to a single bean. It is only at 12 weeks wherein the head will be distinctly visible. The baby will be most visible and distinguishable starting at 20 weeks. At this time, the head, heart, feet, eyes, and even the spine are visible. Because ultrasound relies on the reflection of solid objects, organs that are filled with air such as the lungs are generally not examined.

Which Side is Which?

Also, ultrasound images are really not crystal clear. Many visual effects occur depending on the settings, probe angle, and the density of the organs and tissues that the sound hits. Some of these side effects include: 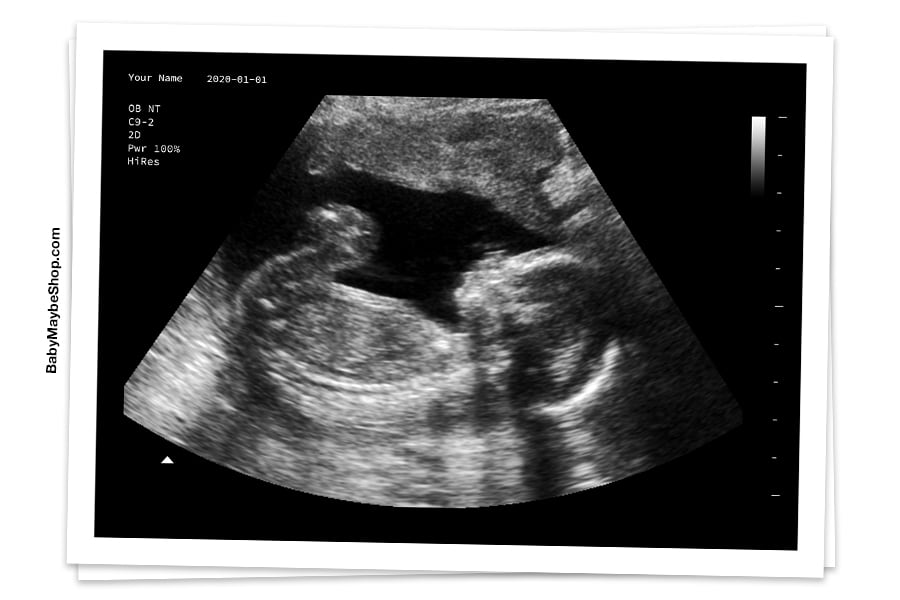 It is at 18-20 weeks when the biological sex of the baby can be easily determined. If the operator or the examiner locates a penis, then it is almost certain that the baby is a male. However, there are cases that the protrusion is a finger or foot that was mistaken to be a penis.

This is because the fetus may not stay still during the ultrasound procedure. Because of this, it is recommended that an expert in sonography is consulted. To read an ultrasound is one thing, but to accurately do so is another.

For a clearer ultrasound measurement, there are newer technologies that offer more detailed images. These include 3D and 4D ultrasound. 3D ultrasound technology allows one to see the baby’s facial features in detail.

It can even detect certain physical defects at an early stage. 4D ultrasound technology is similar to 3D technology but the former uses time as another dimension. Thus, 4D ultrasound is merely a short video of the 3D ultrasound of the baby.

Even if one uses many ultrasound techniques and technologies, there will always be errors. Good reading techniques will minimize errors and maximize the excitement.

We Have The Most Realistic Fake Ultrasounds Online!

Looking for a Fake Ultrasound? 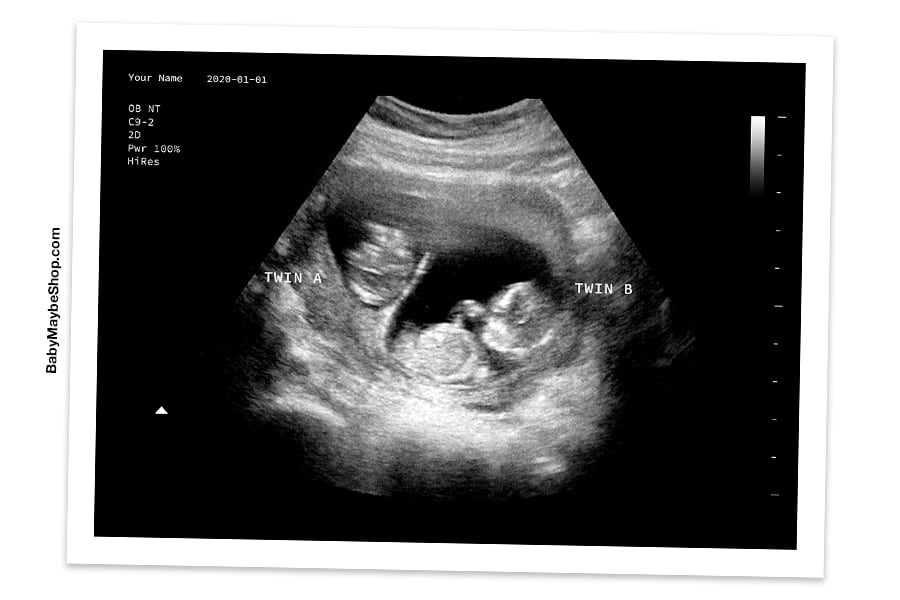