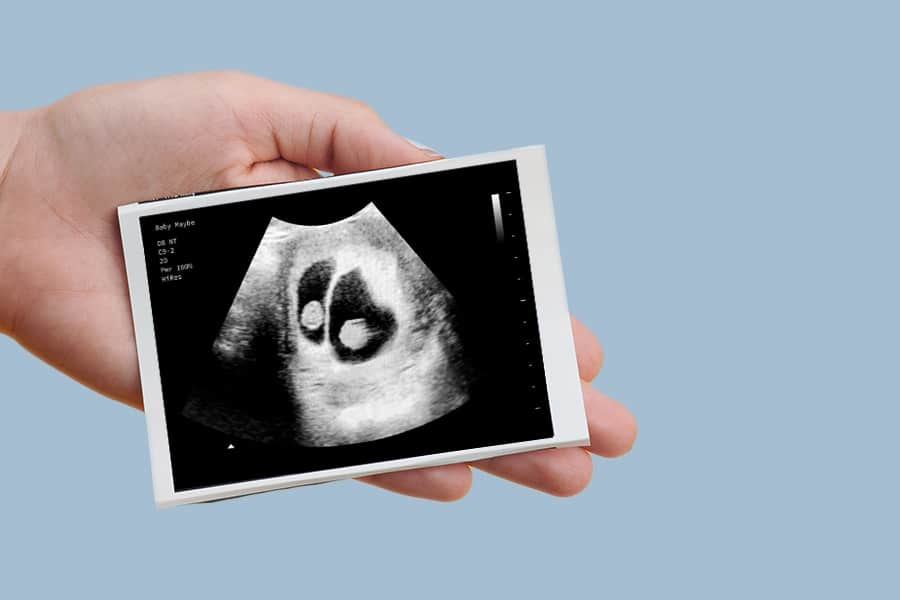 What is a multiple pregnancy?

There have been pregnancies where the mother carried and delivered eight babies.

Multiple births make up only about 3 in 100 live births, but the twin birth rate is increasing, and it is now 32.6 per 1000 live births.  Having triplets or more is called a “higher order” pregnancy and it occurs in just about 1 in 50 multiple pregnancies.

How Do Multiple Pregnancies Occur?

One egg is fertilized and then divides before implantation in the uterine wall.  Identical twins are always the same sex.  These twins look very much alike and have the same (identical) set of genes.

Two eggs are released and fertilized before uterine implantation.  These twins can be 2 girls or 2 boys or a boy and a girl.  Some fraternal twins can look very much alike, but they may also look very different.  They resemble each other the same way as same sex siblings might have a “family resemblance.”  Their genetic material is different for each twin.

Triplets, quadruplets, and more can be a combination of both identical and fraternal multiples.  By chance alone they can be all girls, all boys, or any combination.

Signs and Symptoms of a Multiple Pregnancy

To positively diagnose a multiple pregnancy, you will need to get an ultrasound of the uterus examination.  The image from the inside of your uterus will reveal how many babies are present.  Signs and symptoms can include:

Most healthcare providers consider multiple pregnancies as “high risk.”  You can expect your provider to watch you very closely for potential problems that can develop when you are carrying more than 1 baby.

How to stay healthy during a multiple pregnancy

Eating nutritious foods, getting enough rest, regular doctor visits, avoiding drugs and alcohol, and getting a safe amount of low-impact exercise are all excellent steps for any woman during a multiple pregnancy.  Eating healthy proteins, keeping well hydrated, and following all recommendations by your health care provider about pre-natal vitamins help lead to a happy and healthy pregnancy and babies!

THE PARTIES AGREE THAT ANY PRODUCT PURCHASED ON THE BABY MAYBE WEBSITE SHALL NOT BE USED FOR ANY PROPOSE OTHER THAN AS A PRANK. WITHOUT EXCEPTION NO BABY MAYBE PRODUCT SHALL BE PROVIDED/SUBMITTED TO ANY GOVERNMENTAL OR OTHER AGENCY, MEDICAL DOCTOR, ARBITER OF A DISPUTE, AS PROOF OF PREGNANCY, PAST OR CURRENT, OR TO CLAIM ANY BENEFIT FOR WHICH A PREGNANT WOMAN MAY BE ELIGIBLE, OR ENTITLED TO RECEIVE, BASED ON HER BEING PREGNANT. NO HIPAA PROTECTED PATIENT HEALTH INFORMATION CONNECTED TO ANY BABY MAYBE PRODUCT, IS INTENDED, OR CONVEYED, WITH RESPECT TO THIS SALE.